An article published in the Register shortly after the tragic death of Sir Ross in 1922 reads:

“Aviemore, Stephen Terrace, Walkerville, is the home of Mr. and Mrs. Andrew Smith, and it was there that Sir Ross and Sir Keith, their sons, returned, and rejoiced, after their wonderful trip from England to Australia through the air. It was a scene of gaiety but since the dreadful news which caused such consternation throughout the world it has been a house of mourning.”

Unfortunately, Aviemore was not heritage listed and had suffered years of neglect. Whilst there was an effort to save the building earlier this year by having it placed on the State Heritage Register, it was ultimately unsuccessful.

The loss of such an important, yet unlisted building, highlights the need to strengthen heritage laws in South Australia.

Read about Aviemore at the History Trust of South Australia: http://https://tinyurl.com/2p85pxwc 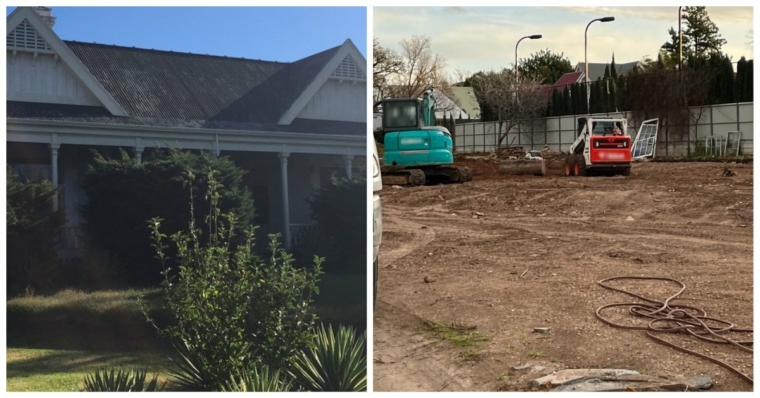